As a graphic designer I have spent a fair proportion of my working life attending meetings, talking on the phone or waiting for blue bars to crawl across my computer screen as something renders/saves/copies/uploads/downloads. Often I will doodle in my sketchbook whilst these other things are happening; it ties up those parts of my brain which might wander and leaves the rest to concentrate on the task in hand (actually, this is not true of rendering/saving/copying/uploading/downloading, when it's simply something to do). My art teacher at school was the inspiration behind this and she would produce some incredible, complex doodles during staff meetings.

Here is a selection of cartoony dinosaur doodles from the sketchbooks I've kept over the years. I make no claims as to what the heck they represent (not art, or dinosaurs I suppose) but they are certainly not anatomically accurate, but then that really doesn't matter for cartoons. Character development has always held an interest for me but working mainly in medical visualisation and motion graphics means there hasn't been a huge amount of work involving characters, so these were all invented for the simple pleasure of drawing without any imposition of style. The slight yellowish tinge in some images is from the paper in Moleskine sketchbooks which I used until recently, when I became fed up altering the scans to compensate. Ditch the yellow paper Moley makers! The blue pencil is an old school graphic designer hangover from when the cameras used to reproduce artwork couldn't see blue, although it's easy to loose in Photoshop and is great for roughing out basic shapes. Plus, I like it. 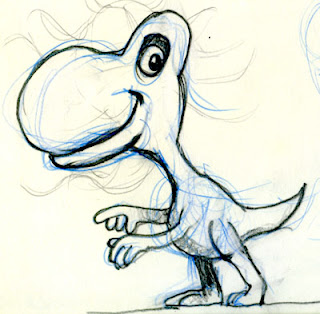 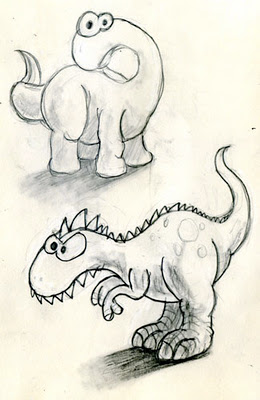 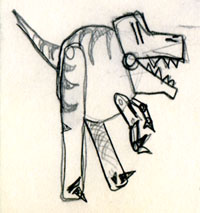 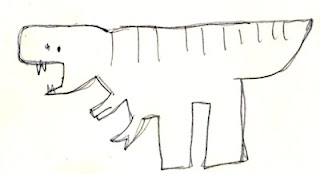 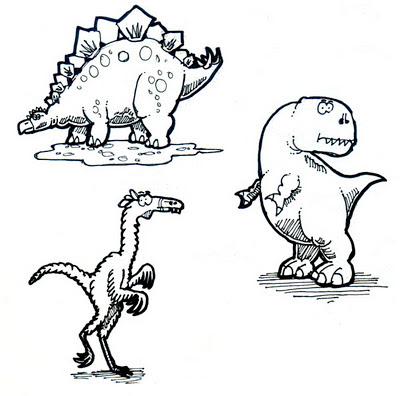 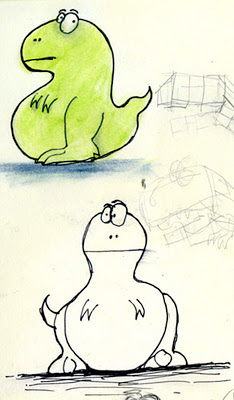