Tracking Dinosaurs on the Isle of Wight: Paper and SVP 2014 poster

I thought I'd upload an image of the poster I presented at the SVP 2014 in Berlin earlier this month.  The poster features some of the research discussed in a paper that was part of the special edition of The Biological Journal of the Linnean Society that was inspired by the successful Celebrating Dinosaur Island: Jehol-Wealden meeting held last year at the National Oceanography Centre, Southampton (see my write-up here). This paper, entitled Tracking Dinosaurs on the Isle of Wight: a review of tracks, sites, and current research (Pond et al, 2014) is a review of dinosaur ichnology on the Isle of Wight and looks at both tracks and sites. It came as a shock to realise many of these sites had never  been written up and although they had been mentioned in a couple of book chapters Martill and Naish 2001 and Batten 2011) they had been pretty much ignored.

This paper was very much a team effort and big thanks to my co-authors Neffra Matthews, Brent Breithaupt, Martin Lockley and Jeremy Lockwood. I co-authored a couple of other papers with Martin, Jeremy and Lida Xing and all can be had from the link to the BJLS above (Unfortunately the papers are behind a paywall but if you want a copy of any of them then drop me a line and I'll send one on). 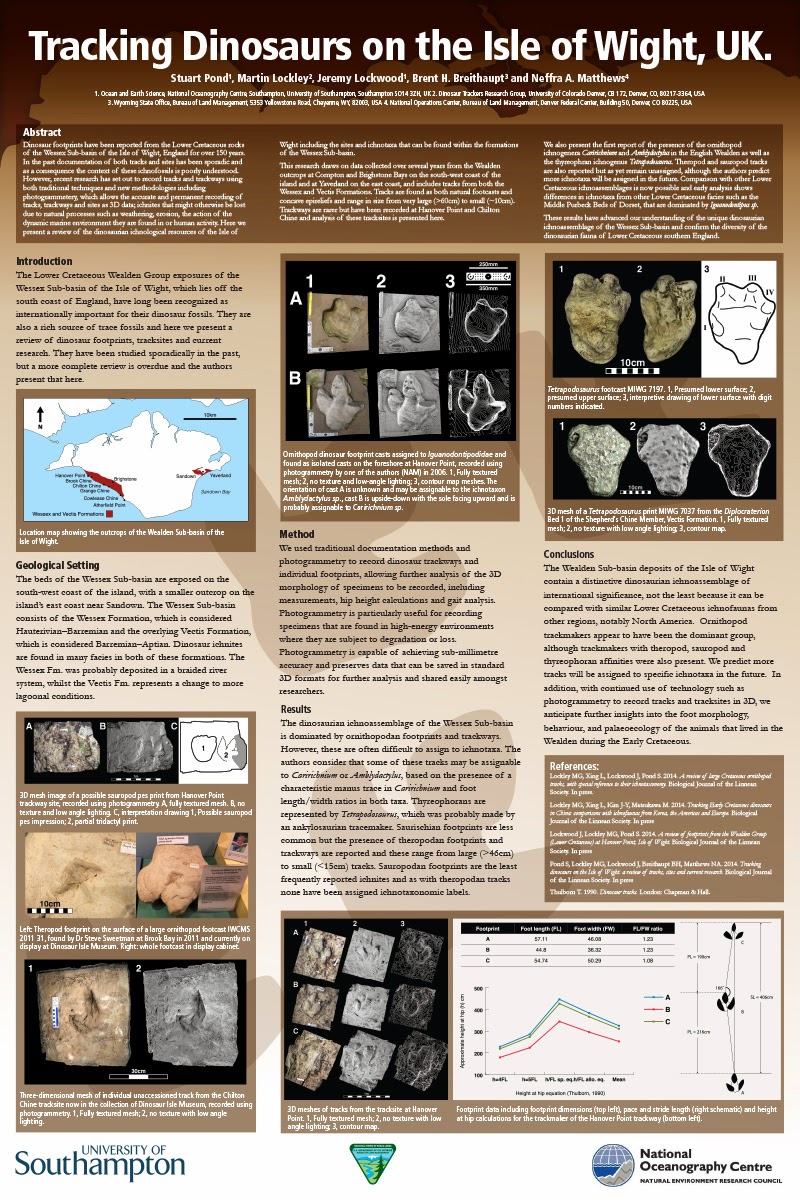