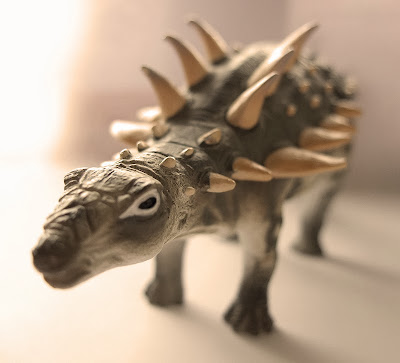 Palaeontologists spend a lot of time looking at rocks and fossils that have endured for eons and now provide us with a glimpse back into the past of our planet and it’s inhabitants, a journey into the vastness of deep time. Studying these specimens you get a real idea of the transience and impermanence of our world, a realisation that everything we see about us is in a state of constant flux; from the weathering of the sediments containing the fossils we study, the appearance and extinction of species, the uplift of mountain ranges and the constant drift of tectonic plates across the surface of the planet. Always in motion is the earth.

This sense of transience also applies to our everyday lives and the last year has, for me been a case in point. When I started PaleoIllustrata I intended it to be a portal for palaeoart on the internet, my own work and other oddments that caught my eye. However, as I became more involved in research at the National Oceanography Centre Southampton (NOCS), University of Southampton then I started posting more about events such as the SVP, SVPCA and Jehol meetings, my own research and things palaeontological in general, and less of the art. As it happens, palaeoart is well-served online by sites such as the excellent Love in theTime of Chasmosaurs and picfest Paleoillustration (to name but two) and so my contribution was, with hindsight, superfluous. PaleoIllustrata wasn't realising it's potential, and that's because I was not focussed enough and needed to alter the way I was approaching research. As it happens, a solution presented itself at just the right moment.

Just under a year ago it was suggested I might consider applying for a part-time, self-funded PhD at NOCS. I had never considered studying at this level before so took my time and sought advice off trusted colleagues and friends before looking for a suitable project. There were some issues with the practicalities of how this course of action might work. Firstly, it had to accommodate my job, as I am self-employed and the need to work is paramount and comes before everything (including sleep). Secondly, any degree I did would have to draw on my quarter-century as a commercial artist, animator and designer, especially as regards to my 3D work; in fact I wanted the exchange to be two-way, as a fair few my clients are scientific communicators and they will benefit from skills learned in the course of my research.

More importantly, was I capable of doing a PhD? I have learnt a lot since I started more structured research at NOCS, have attended and presented at meetings so was out of the blocks so to speak, but this was a major step and I spent a lot of time reflecting on and considering if I had the intellectual capacity, discipline and thoroughness to be a successful postgrad student. In some respects, I still don't know whether I do have these qualities or not, and time will tell. However, nearly a decade of being a sole trader has taught me much about my ability to draw on my own resources and tough out the hard times, so I was less worried by my work ethic.

Once it was established that I could make a part-time PhD work for me, I set out to find a project. I made many calls and spent many hours in conversation with friends who are established palaeontologists and patiently talked over the various research ideas I had. I spent time at meetings talking it over with colleagues who were generous with their advice and offered their opinions. I am so very grateful for this help which was massively important. I owe some beers.

I had my interview in September and accepted an offer a couple of weeks ago, and I start on the 1st January, with Dr. Gareth Dyke as my supervisor. I'll still be living up north at the edge of the Peak District and doing the day job (which I love and involves scientific visualisation, 3D and motion graphics and graphic design) so will be studying from a distance. However, my second supervisor is in Manchester and we're frequently on the south coast anyway. In fact, despite being raised a Brummie I was actually born in Winchester, so it feels right to be at Southampton.

Obviously, this means I am going to be pretty busy, and I can't see me continuing to post to PaleoIllustrata as I have been doing, so I am sorry to say the blog in its old form has passed. Gone. It has ceased to be. It is an ex-blog.

However . . . as outreach is a major part of my research proposal I need an online presence to document my research and my journey as a Phd student in his late forties. A blog would be ideal! So the next post will be on the new-look PaleoIllustrata, relaunched as one of the methods I will use to disseminate my research and write about the whole process of studying for a doctorate for someone like me, coming from a non-academic background. I'll still be posting about meetings and field trips as previously, but with a bigger dose of science and research. I will feature my artwork here too, as before but the focus has changed; indeed there is now a real focus to my research.

So what am I going to be working on? I'll expand on that in future post(s), but mainly on the Early Cretaceous nodosaurid Polacanthus, including biomechanics and soft tissue reconstruction.

A new journey, a new stage in my life. As a palaeontologist. Here goes!
Posted by Stu Pond at 15:57 3 comments: